So I tried this savory tarte recipe from one of my Martha Stewart Everyday Food magazines, (which by the way is excellent and I love the ipad version too.)  But I generally have to modify most of the recipes as they are not salty or flavorful enough for me as well most of time I have to substitute for meat too.  Just like in this case, this savory tarte called for thinly sliced ham and gruyere cheese.  So I decided to try mushrooms, spinach and carmelized onions, the tarte in the end looked quite impressive, but the overall taste I think would have been better with the ham and gruyere.  But I will definitely try this again experimenting with different fillings as I love savory tartes. 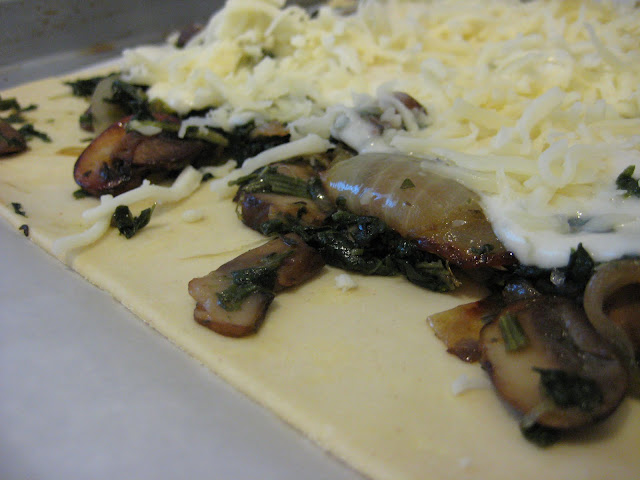