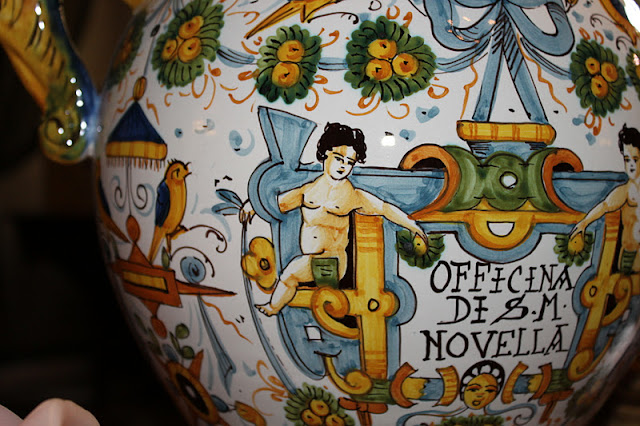 I recently visited one of the oldest pharmacies in the world: Officina Profumo Farmaceutica di Santa Maria Novella.  Located in Florence, established by Dominican Monks shortly after their arrival in 1221.  (Yes way before America was discovered.)  The monks began making medicinal herbs in order to prepare medications, balms and ointments for their small infirmary.  The products made by the friars became famous so in 1612 the pharmacy became open to the public.  (Apparently the products were so renowned even Russia, the Indies and countries as far as China knew of them.)  Today the pharmacy still operates using the same artisanal procedures established by the monks.  Many of the products available from colognes, liqueurs, soap, face and body care, room fragrances, teas, etc. have great history and stories behind them.  The "Acqua della Regina" is an essence that was created for Caterina de'Medici.  After becoming Queen of France she took the fragrance with her and introduced it to the court where it became popular.  This same fragrance is available for purchase today....amazing to think one today could smell the same as Caterina de'Medici.  I purchased the Acqua di Santa Maria Novella, Sapone Tabacco Toscano (for my Lucky Strike smoking, Tuscan husband) and a ceramic dish with the crest of S.M.N. on it. 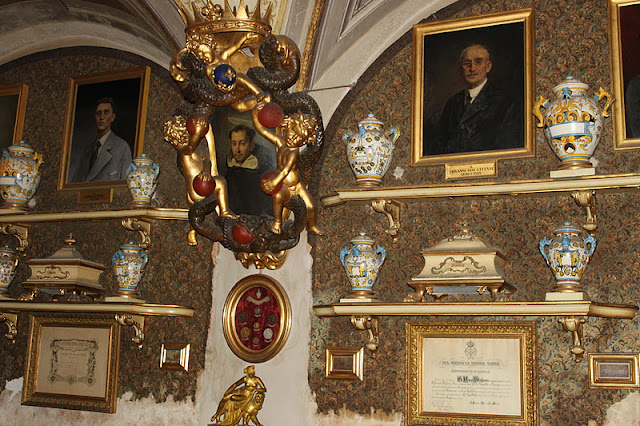 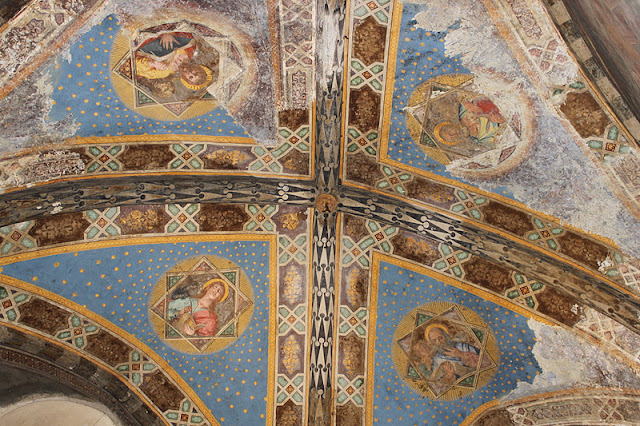 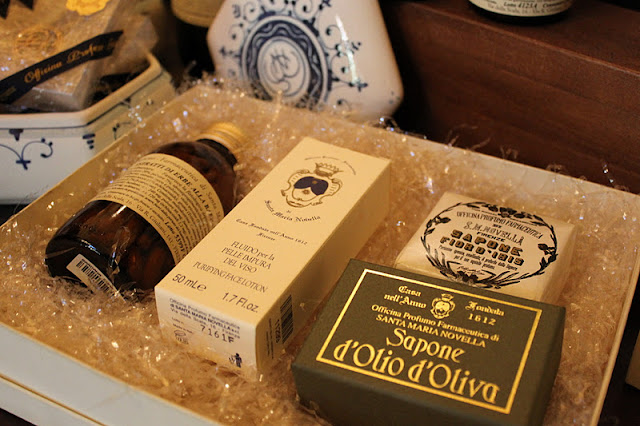