Ugly Can Be Good

This cake is ugly, not pretty, but so the taste is so wonderful, so addictive it cannot be described in words. One can only truly understand after they have eaten a piece of this cake warm, almost immediately out of the oven.  Which as we all know cakes are generally not consumed or frosted immediately out of the oven.  This cake defies all rules of baking and food combinations as it uses, butter (Hello!  Lots of it!) coca-cola and cocoa.  I found the recipe on Pintrest via http://mayflaum.com/2011/06/08/the-chocolate-cola-cake/ followed it to the letter and it was great....maybe leave out the cinnamon next time, but that would just be for my picky husband, who only eats a bite of something like this anyway, because Italians don't trust butter....(but give them anything with olive oil on it and they are happy.)  I brought the remainder of this cake to work and the British liked it too.  I would really recommend consuming right after it is made because that is when it is best.  So maybe for a large gathering or a late night purge for yourself watching Sex and the City reruns :) 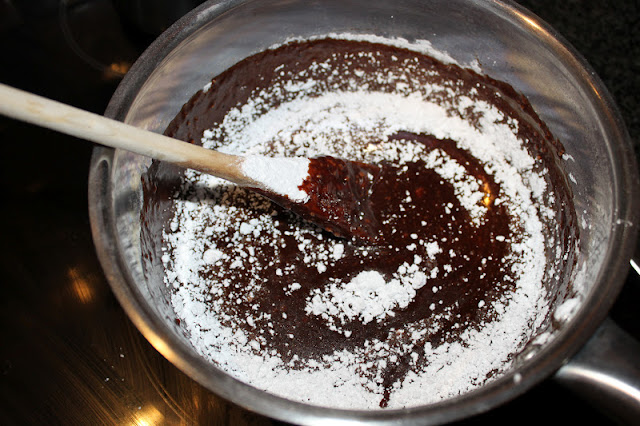